Co-founded in 1980 with her husband, noted historian Suhail Zaheer Lari, the Heritage Foundation of Pakistan has conserved several historic monuments in World Heritage Sites of Makli and Lahore Fort as well as important heritage sites in other parts of Pakistan. The conservation projects have been supported by UNESCO, US Ambassador’s Fund, German Government funds, Prince Claus Fund of the Netherlands, and Spiritual Chords (South Africa).

In 2016, with support from UNESCO / Republic of Korea Funds-in-Trust, the ‘Revitalization of Ancient Glazed Tiles in Sindh’ project was taken up which helped to complete the 16th century tomb of Sultan Ibrahim along with imparting the ceramic making skills to poor communities, especially women, for income generation.

The Climate Smart Urbanism project aims to convert many streets into inclusive walking streets with recreational activities, herb gardens and nurseries, and to train women stakeholders who reside along one of the 13 segments of the 2 km Heritage Red Trail in the urban center and historic core of Karachi. The Red Trail has been designed to wind through five oldest quarters of Karachi and houses many of the oldest ethnic communities that have lived in this rainbow city for the last 200 years and have their own unique cultural norms and traditions, speaking even slightly different dialects with their own special dresses and cuisine, songs and music. 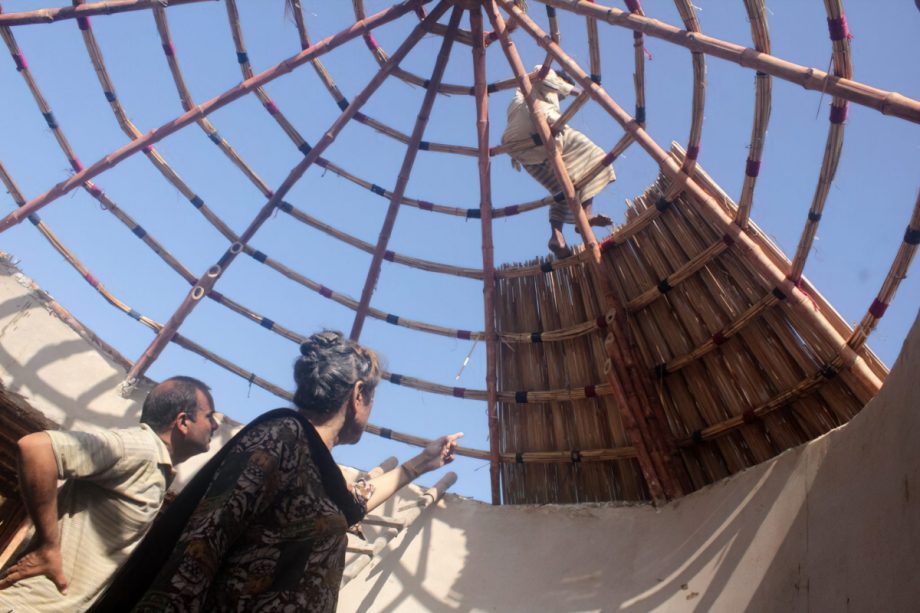 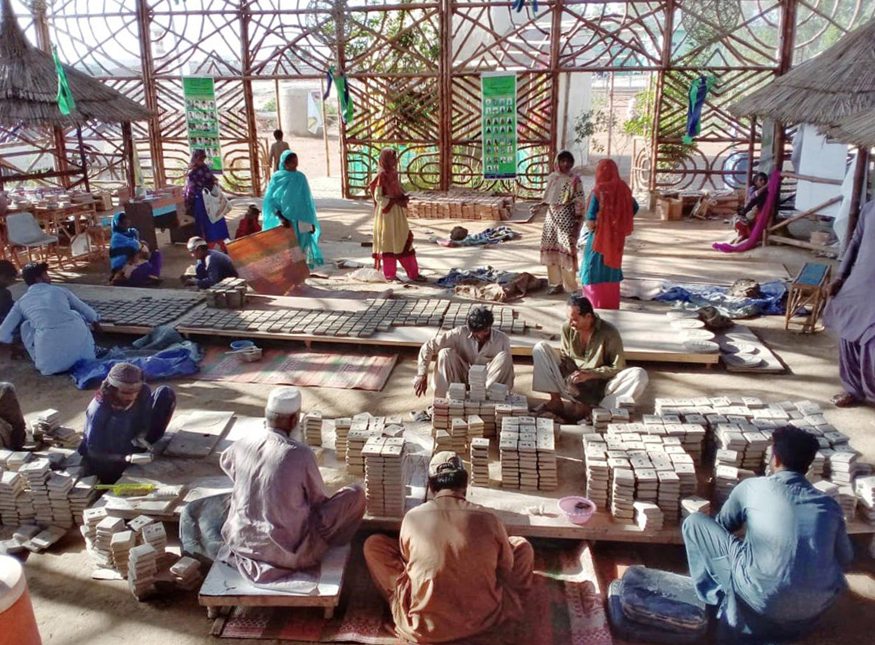 Yasmeen Lari is Pakistan’s first woman architect and among the best known architects of the country. She graduated from Oxford School of Architecture (now Oxford Brookes University) and was elected to Royal Institute of British Architects (RIBA) in 1969. She has built several landmarks buildings in Pakistan e.g. FTC, PSO House and ABN Amro Bank, Karachi. She is considered among pioneers of Brutalistic Architecture and her architectural work is included in Phaidon Books UK publication (2013) devoted to the best examples of 20th century architecture. She retired from architectural practice in 2000. She is a UNESCO consultant and has been published among 60 Women who have contributed the most towards UNESCO’s objectives. 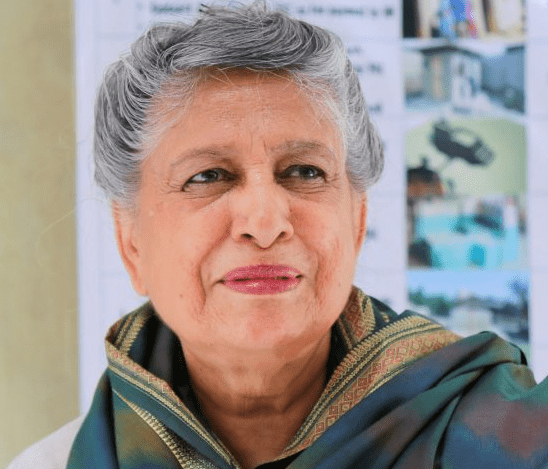 Afield Trip to Qamislo, where Sevinaz Evdike of the Rojava Film Commune shares with and Binna Choi the context and motivations of their work in Nort/East of Syria. #VIDEO

Graphic designers Hussein Alazaat and Ali Almasri were awarded the 2015 Afield fellowship for their social design initiative Wajha, based in Amman, Jordan. Wajha’s online platform is creating both a library of design elements as well as a window to the history of Arab art calligraphy.