The 2020 Afield Fellowship is awarded to Rojava Film Commune (represented by Kurdish filmmaker Sevinaz Evdike), a local film collective rooted in Rojava’s revolutionary philosophy and inspired by the Democratic multicultural self-administration in the North and East of Syria.

“In a region where culture has been suppressed constantly by central powers and terrorist organizations, where the youth has only Turkish soap operas and Syrian state television available, we aim to foster access to a diverse range of films and encourage cinema culture as a tool for social change” says Evdike.

For the past five years The Rojava International Film Festival has screened hundreds of films over several days in most cities in Rojava, as well as villages and IDP (internally displaced person) camps.

The festival has allowed the region an open window to the world. The Film Academy (which has, due to Turkish threats been in closure for the last two years) trains youth in filmmaking, storytelling and visual media paving their creating for them a possible future in photography, film or television.

The society of Rojava is thus becoming increasingly used to hearing the voices of its own people in the media instead of being misrepresented from outside. 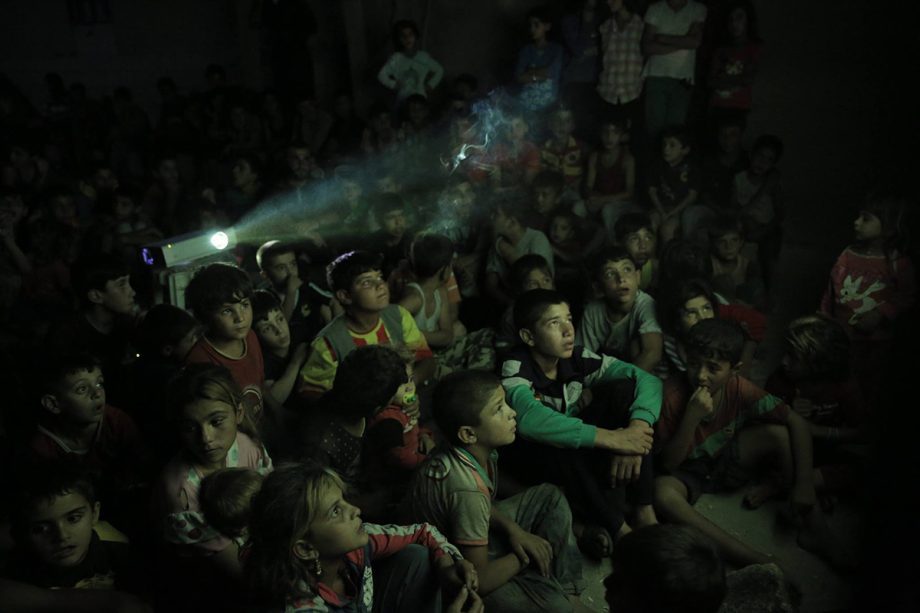 The kids watching at screening project Cinema is in your Neighborhood, 2017, courtesy Diyar Hesso. 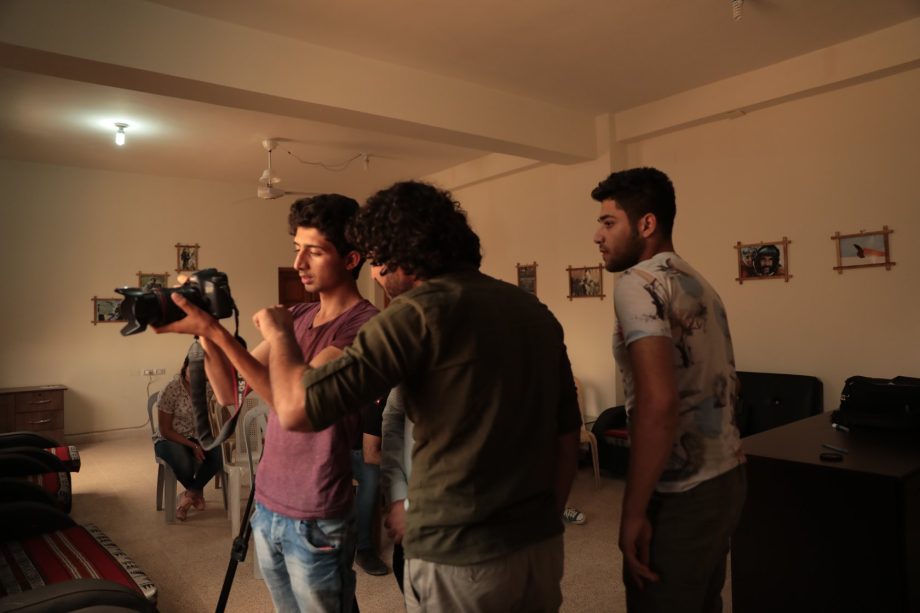 Komîna Fîlm a Rojava is a grassroots institution that was established by local film-makers and supporters of the revolution in 2015, with the aim of developing the cinema of the revolution. Their work focuses on three aspects: education, production and showcasing cinema. They have organised the ﬁrst cinema academy in the region to develop young ﬁlmmakers, scriptwriters, editors and other cinema professionals. They have a production team to develop local productions and to participate in and give support to international productions. They organise the International Film Festival of Rojava to bring cinema to the local audience, to create opportunities for local ﬁlmmakers and to create international bridges.

Sevinaz Evdike (1991, Syria) — a member of the Commune since 2015 — is a graduate of the Cegerxwin Academy of Art in Turkey, and director of the Rojava International Film Festival. She teaches scriptwriting and has directed the film ‘Home’ that addresses issues of children, women and remnants of war. 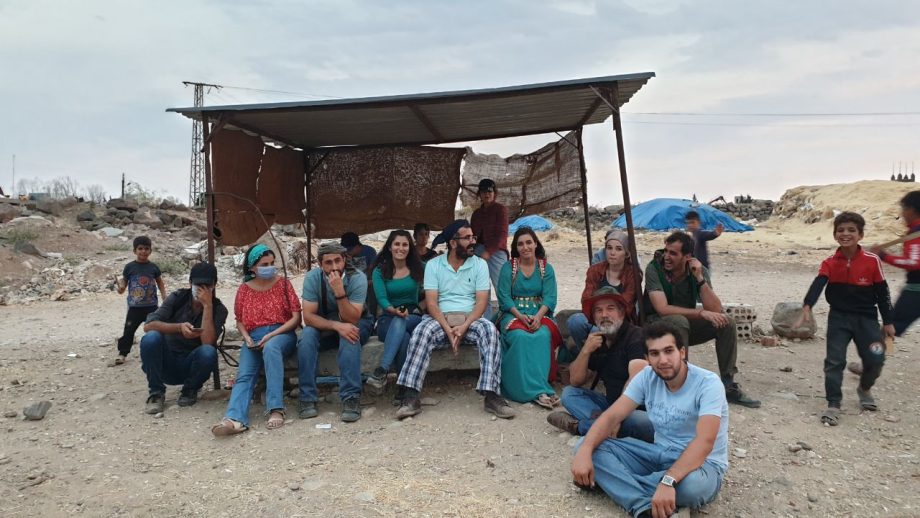 People watching at screening project Cinema is in your Neighborhood, 2017, courtesy Diyar Hesso.

Subscribe↗ to the Afield YouTube channel and watch Caroline Woolard's public talk part of the research strand "Mutual Economies" at "Together", the Afield Study Program 2021. #VIDEO

Afield Trip to Qamislo, where Sevinaz Evdike of the Rojava Film Commune shares with and Binna Choi the context and motivations of their work in Nort/East of Syria. #VIDEO

Zeyno Pekünlü and Massimiliano Mollona were awarded the 2017 Afield fellowship for their initiative Solidarity Academies, a new academic platform where pedagogy intersects with activism.

The 2020 Afield Fellowship is awarded to Rojava Film Commune (represented by Kurdish filmmaker Sevinaz Evdike), a local film collective rooted in Rojava’s revolutionary philosophy and inspired by the Democratic multicultural self-administration in the North and East of Syria.