Maya Scherr-Willson is a researcher, visual anthropologist, and filmmaker with a background in independent film production.

Before developing her own audio-visual practice, she collaborated with Pimienta Films, a Mexico City-based production company focusing on auteur-driven cinema. There she worked on fiction and documentary projects with directors Alfonso Cuarón, Tatiana Huezo and Ciro Guerra, among others. She currently consults with Match Factory Productions, a German arthouse production company, where she works on international co-productions.

Maya holds a Master’s degree in Visual Anthropology from Goldsmiths, University of London. Working with short film and video essay formats, her audio-visual projects and writing engage with the role of images in assembling community. She is interested in interrogating the economies of film production and distribution and in the potential for experimental filmmaking practices to disrupt hierarchical modes of production and contribute to processes of commoning.

Maya is currently collaborating with Graciela López, a pedagogue and former political prisoner during the dictatorship in Argentina, on a durational and intergenerational ethnographic and archival film project. 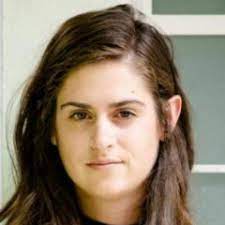