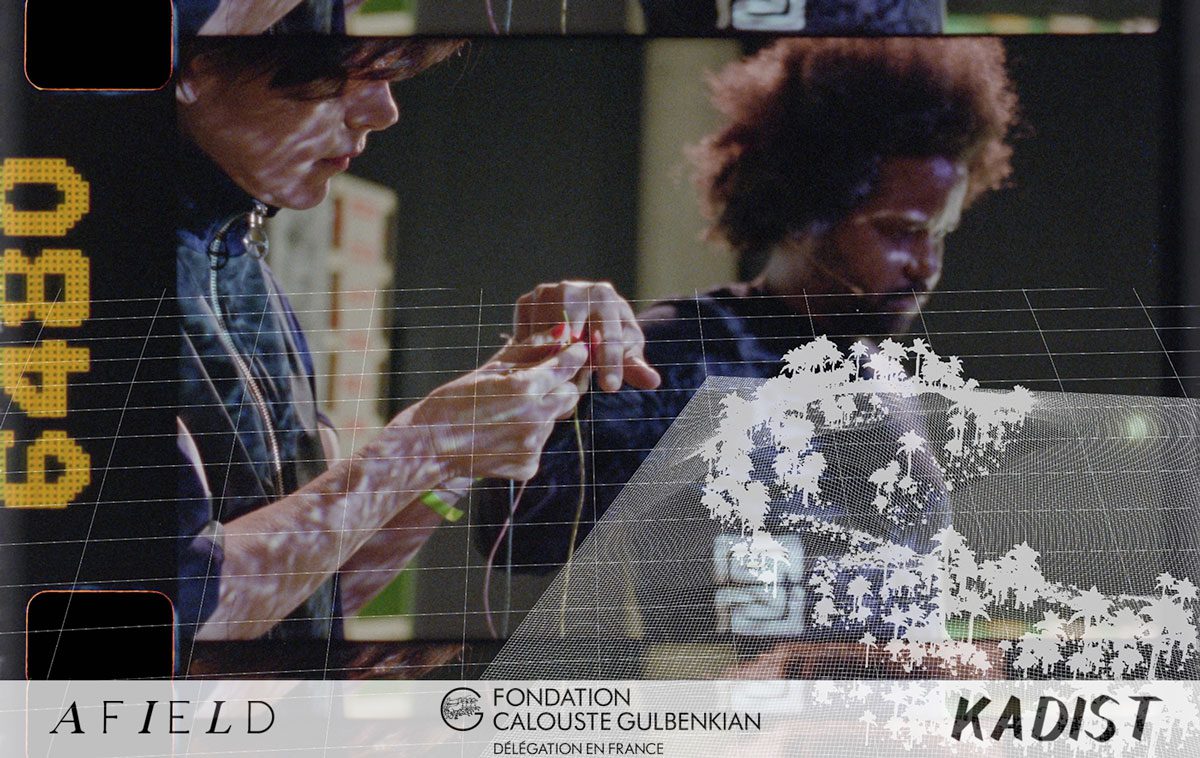 The residency on the theme of social engagement is tailor-made for each invited personality and is conceived as an opportunity to showcase their work and commitment to the largest possible audience. For this first edition, Filipa César and her collaborator Marinho de Pina have been invited to share their cinematographic work in the field, which manifested in the creation of a media library for film and literature that they co-founded with the filmmaker Sana na N’Hada, in the village of Malafo, Guinea Bissau. It is a community run platform for sharing mundializing and traditional knowledges through practices in the fields of performing arts, archival practices, agroecology, moving image and digital media.

Filipa César is an artist and filmmaker interested in the porous relationship between the moving image and its reception by the public, the fictional aspects of documentary, and the politics and poetics inherent in the production of moving images. A large part of her films focus on the specters of resistance within the geopolitical history of Portugal. Through the creation of performative spaces, she proposes a subjective approach to knowledge and questions the mechanisms of production of the great national narratives as well as the erasure of events and gestures of minorities.

Since 2011, she has made several films that take as their matrix the first hours of the cinema of struggle and liberation in Guinea-Bissau, like fragments of a lost heritage whose potential she seeks to reanimate through a collective research, Luta ca caba inda (The struggle is not yet over). In 2017, Spell Reel, her first feature film that traces this adventure, had its world premiere at the Berlinale (Forum) and then showed in festivals and museums around the world, where it received numerous awards.

César has also shown her work regularly in contemporary art venues such as SAAVY (Berlin), Khiasma (Paris), Tensta konsthall, e-flux, Mumok, MoMA, Harvard Museum of Cinema. She was granted the AFIELD fellowship for art and social engagement in support of the project Mediateca Onshore.

Marinho Pina is currently pursuing a PhD at the University Institute of Lisbon (ISCTE-IUL), focusing on city planning in Bissau, the capital of Guinea-Bissau. He researches Guinea-Bissauan architecture and has a masterʼs degree in vernacular architecture and clay building. He is also a performing artist and a writer. Since 2016 he has been working in the public management of AJASS, a social organization in Sonaco, which aims to improve the quality of local education, to fight against female genital mutilation and HIV/AIDS, and against ecological destruction such as deforestation. Marinho de Pina is part of the collective developing the space Abotcha – Mediateca Onshore in Guinea Bissau, and has been collaborating in the New Alphabet research project at HKW, Berlin.

The Delegation in France is the European branch of the Calouste Gulbenkian Foundation, a Portuguese foundation for all mankind, dedicated to promote human knowledge and improving the quality of life of people through arts, science and education. Established by the will of Calouste Sarkis Gulbenkian, the Foundation has a perpetual character and develops its activities from its headquarters in Lisbon and its delegations in Paris and London. In France, its activities include the co-production of exhibitions, an annual project call for French art institutions to present Portuguese visual artists in their programming, a call for artists engaged in collaborative practices, the organisation of meetings and debates throughout the year, partnerships with civil society organisations, and the provision of an important Portuguese language library.

KADIST believes contemporary artists make an important contribution to a progressive society, their work often addressing key issues of our time. KADIST, a non-profit organization dedicated to exhibiting the work of artists represented in its collection, encourages this engagement and affirms contemporary art’s relevance within social discourse. KADIST’s local hubs in Paris and San Francisco present exhibitions and events, and organize residencies and educational initiatives, as well as producing projects online and via social media. Concurrently, KADIST is actively establishing networks across five areas—North America, Europe, Middle East & Africa, Asia and Latin America—inviting new artists into the collection and initiating collaborative programs, especially exhibitions with museums of each region. Together, they aim at facilitating new connections across cultures and creating vibrant conversations about contemporary art and ideas.